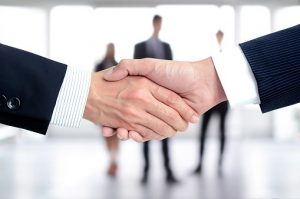 Vista on Wednesday announced its investment in the provider of software development and quality tools. Vista and Francisco will be equal owners in SmartBear as a result of the transaction.

The company’s software development solutions are used by more than 15 million developers, testers and operations engineers at over 24,000 organizations, the company said in the press release.

SmartBear generates around $150 million in revenue and around $75 million in EBITDA, according to sources. The deal was valued in the $1.8 billion to $2 billion range, they said.

SmartBear declined to comment on the financial aspects of the transaction, but the CEO Frank Roe shared his thoughts on the company’s growth.

“While we don’t typically disclose our revenue and profitability, we have been among the top performing software companies on both dimensions of top line and profit, all while making at least two acquisitions per year,” Roe said in an email statement.

“This is an investment in continuing our successful trajectory, and we are happy to have both Vista and FP onboard equally,” the CEO said.

With the new capital, SmartBear is expected to “broaden and strengthen” its solutions as well as “identify opportunities for continued organic and inorganic growth,” Vista said in a news release.

Evercore acted as lead financial advisor to Francisco Partners and SmartBear on the transaction, with additional advice from Shea & Company.

SmartBear is the latest example of a growing trend around equity stake sales or equal-ownership strategies, which has proven particularly appealing for highly sought-after assets in software and tech.

For example, in one of healthcare software’s largest deals of the year, Leonard Green & Partners bought a 50 percent stake in WellSky from TPG. The deal was valued north of $3 billion, surpassing a 20x EBITDA multiple, PE Hub wrote.

As for providers of development and operation tools (DevOps), the deal reflects sponsors’ continued appetite for such players, which are gaining value in the M&A market as more businesses go through digital transformation. For some companies, this means developing proprietary software in-house, creating greater demand for development software providers like SmartBear.

PE Hub reported in August that Information Builders was expected to produce $170 million in 2020 revenue.

Francisco Partners and Evercore declined to comment. Vista Equity and Shea & Company did not respond to requests for comment.