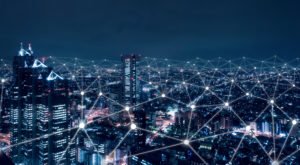 Vista is reaching out to private equity firms that expressed interest in Mediaocean in previous sale attempts, such as in 2018 and in March, the sources said.

The sale process is expected to fully launch this month, they said.

Morgan Stanley and Macquarie are acting as sell-side advisors on the process, the people said.

“Mediaocean is a unique asset because their software is a system of record for all ad buying, and that software is deeply embedded in their customers’ workflow,” one source told PE Hub.

“This makes them particularly sticky compared to most AdTech companies you see that specialize in executing one tactic for one format, which can be, for example, mobile ads for gaming companies,” the person added.

The company also has a growth angle because it is positioned to benefit from the shift connecting television with capabilities for advertising on platforms like Roku, the source said.

The downside, however, is that Mediaocean already has relationships with all the ad agencies, so the risk of losing a customer is greater than an opportunity to win more customers, the person said.

This is not the first time Vista has tried to sell Mediaocean.

In March, Vista was planning to sell the company; however, those plans were scrapped by the sudden surge of COVID-19 pandemic globally, the sources said.

In 2018, Vista also tried finding a buyer for Mediaocean, according to sources and media reports from that time. The firm then ran a process engaging the same bankers, but the deal did not result in a buyer as bids came in below Vista’s desired valuation of $2 billion, the people familiar said.

Now, as the market recovers from the pandemic lockdown, the environment is more favorable for a potential sale, the people said.

Mediaocean’s platform allows advertising firms to manage workflow remotely, which has become more relevant now, one of the sources said. Companies are also no longer focused on advertising on billboards, so having advertising that can be managed digitally on platforms like Mediaocean becomes critical, the person said.

While advertising spend is down 20 percent to 25 percent in 2020, compared with 2019, there is more clarity on where the industry is heading and what the “new normal” looks like, according to another source familiar with the advertising industry and the sale process.

For instance, while the hospitality and travel industries are spending less on ads this year, tech, e-commerce and food delivery companies have doubled down on advertising, the person said.

That said, under a new buyer, Mediaocean, which already has a few major customers, still has potential to grow further in the direction of digital advertisement management, the source added.

Vista Equity acquired Mediaocean in July 2015 for $720 million, according to the deal announcement from that time. Since then, the company grew through a few notable add-on acquisitions.

Most recently, Vista Equity added-on 4C Insights, a global data science and marketing technology company to create a more integrated, automated and data-driven marketplace. The combination of the two companies was set to integrate 4C’s intelligence and optimization solutions into the company’s platform for end-to-end media management.

4C’s acquisition was a “sizable” transaction, which increased Mediaocean’s value, one of the sources said.