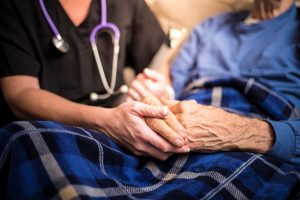 The Vistria Group has generated more than a four-times return on its investment in Agape Care, a Southeast provider of end-of-life care, according to a source with knowledge of the matter.

Three years into its investment, the Chicago-based private equity firm announced Tuesday the sale of Agape to Ridgemont Equity Partners.

With the sale, Vistria reaped an approximately 70 percent IRR on its investment, the source said.

Agape is yet another data point that illustrates investors’ appetite for hospice care, a sector whose value proposition has long resonated in the private equity community. End-of-life care in the home is widely considered a better and preferred setting for patients and their families, while also more cost-efficient than care in the hospital.

In this case, creating a platform with regional density and the ability to control clinical outcomes proved a successful strategy.

Vistria in October 2018 invested in Hospice Care of South Carolina, following which it bought and merged the platform with Agape Hospice in January 2020. The combination was rebranded as Agape Care later that year.

Agape Care effectively doubled in size with the merger, and has since roughly doubled through organic initiatives. Under Vistria, the company grew to the high-$20 million range of EBITDA, from the single digits upon entry, one source said.

Its services span specialized end-of-life care for patients in the final phase of illness –  comfort care that provides relief to patients undergoing curative treatments, and palliative and concurrent care for any child experiencing a life-limiting illness.

Among current investments, it owns Mission Healthcare, a provider of skilled home healthcare, as well as palliative and hospice services throughout the western US. In September 2020, it sold St Croix Hospice, an end-of-life care provider serving the Midwest, to HIG Capital. The deal was valued at $580 million, PE Hub reported.