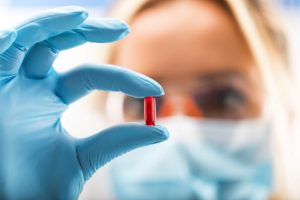 Vistria Group is selling a majority stake in CareMetx to General Atlantic, generating an approximately 4.8x return on its initial investment, a source with knowledge of the matter told PE Hub.

The Chicago mid-market PE firm will exit its original Fund I investment in full, having acquired majority ownership of CareMetx in 2017. In partnership with GA, Vistria will reinvest in the company through Vistria Fund III to maintain a significant minority interest.

Baird and North Point Advisors provided financial advice to CareMetx on the transaction.

Led by President and CEO Mark Hansan, the Bethesda, Maryland, company employs over 600 and serves more than 80 brands.

In connection with the transaction, Vistria Co-CEO Marty Nesbitt will become chairman of CareMetx.

Nesbitt, who co-founded Vistria in 2013 alongside fellow Co-CEO Kip Kirkpatrick, is a longtime friend of former President Barack Obama and served as national treasurer for Obama’s two presidential campaigns.

For Vistria, the transaction marks its fourth exit from Vistria Fund 1, which has now returned about 2x the capital invested, the source told PE Hub. The firm continues to hold six portfolio investments out of its inaugural fund, which collected $400 million in 2016.

Vistria, which invests in mid-market business in the healthcare, education and financial services sectors, has been active in the last 12 months as both a buyer and a seller.

In other healthcare-related dealmaking, the firm in September partnered with Centerbridge Partners, clinching an approximately $1.4 billion deal for Help at Home, PE Hub wrote. Existing investor Wellspring Capital Management rolled equity in the deal, retaining a minority investment in the provider of in-home care for seniors and individuals with disabilities.

(Vistria and Centerbridge, in a $1.4 billion deal, previously joined hands to buy Civitas Solutions, which provides home and community health services to people with disabilities.)

For General Atlantic, the deal comes on the heels of 2020 healthcare activity including leading a $75 million Series D funding round in virtual care provider Doctor On Demand.

Robert Vorhoff is the Global Head of General Atlantic’s Healthcare platform, which expanded in 2019 when Justin Sunshine joined as a managing director from Blackstone Group.

Correction: An earlier version of this report incorrectly named Marty Nesbitt a co-founder of Water Street. It also misspelled Nesbitt’s name. The article has been updated.