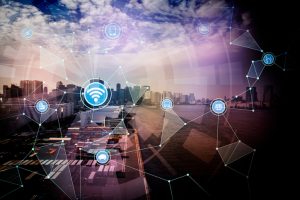 The process is expected to kick off soon, the people said.

Unifaun, based in Sweden, provides a software-as-a-service transportation management platform that connects freight carriers and shippers of all sizes. Unifaun handles more than 200 million shipments annually and covers more than 150 destination countries.

The company, growing at a 20 percent annual pace, could command a $150 million to $200 million valuation in a sale, one of the sources said.

However, another source noted that high-growth, cash-generative businesses in the digital logistics space have traded at 20x to 30x EBITDA. Should that range be applied, a sale could value Unifaun at up to $450 million, the source said.

Vitruvian invested in Unifaun in February 2016 when it acquired a controlling stake in the company from Bridgepoint Development Capital. The investment came out of the firm’s second fund, Vitruvian Investment Partnership II, which closed on a hard cap of £1 billion ($1.6 billion).

The company’s management retained a significant minority position in the company.

Unifaun was formed in 2014 through the merger of Memnon Networks AB and Unifaun AB. The combination of the two companies was set to create the largest supplier of transport management systems in the Nordic region and provide the most used systems in Scandinavia.

Logistics technology is a hot space for investors, as the worldwide economy depends on efficient transportation management solutions, one of the sources said.

“The big problem in logistics is [there is] a lot of unused capacity, whether you look at ships or trucks,” the person said. “The big focus is on asset realization and embedded payments technology.”

Compared to other industries like retail, logistics hasn’t progressed much and the market has historically been underinvested, the second source said.

However, logistics companies in the past few years have ramped up the digitization of their processes, bringing in more capital, the person added.

Unifaun’s software is addressing some of those issues and provides more visibility to its clients, the sources explained.

This is the third known software mid-market sale process in the market via Goldman Sachs. Last week PE Hub reported that Summit Partners and Noro-Moseley hired Goldman to advise on a sale process for MacStadium, the only hosting provider for Mac hosting authority.

In November, PE Hub reported that Goldman was advising PE- and VC-backed education technology company Parchment on its process. A sale is expected to value the company at approximately $200 million, PE Hub reported.

The processes are examples Goldman Sachs’ push to capture a larger share of the mid-market as a sell-side adviser.

Nearly 60 percent of the CMG business has been driven by sponsors, Goldman told PE Hub in an interview.

Vitruvian Partners and Goldman Sachs declined to comment. Unifaun did not return a request for comment before press time.