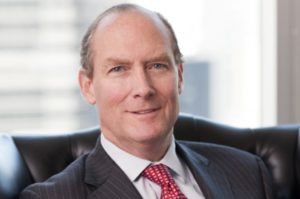 VSS Capital Partners has closed a growth investment in Podiatry Growth Partners in what represents the lower-middle-market firm’s fourth healthcare services bet in the last 12 months.

According to Jeffrey Stevenson of VSS, the podiatry specialty – besides possessing attractive underlying drivers including a major consolidation opportunity – has proven recession resilient: “This is actually the first deal that we completed that started post the beginning of the pandemic,” Stevenson said, adding that two on-site visits requiring travel were made.

“Podiatry was less impacted through the pandemic than other verticals,” the managing partner told PE Hub. Most PGP-affiliated practices were able to remain open given that its services are largely emergency-oriented, he explained.

The debt and equity deal, leaving VSS as a significant minority owner, was “down the middle of the fairway” for the firm, Stevenson said. The New York PE group typically invests in companies generating $5 million to $25 million in EBITDA, writing equity checks of $10 million to $50 million.

Based in St Louis, Missouri, PGP provides back-office support services that allow independent podiatrists to concentrate on scaling their businesses, while relieving them of administrative burdens such as finance, accounting, billing, human resources, and marketing.

Its affiliated practices provide advanced foot and ankle care services, including surgical treatment, custom-orthotics and diagnostic services – services growing in demand amid an aging population and the prevalence of diabetes and obesity, Stevenson said.

PGP is led by CEO of David Weiss, former senior vice president at EyeCare Partners, which now a portfolio company of Partners Group and one of the nation’s largest eyecare platforms.

With 99 percent of the nation’s 11,000-plus podiatry clinics still independently owned, the consolidation opportunity is vast.

“The strategy is to pursue deals across the U.S. initially by establishing acquisition hubs where we will acquire major practices, and then fill out those hubs through smaller acquisitions,” Stevenson said.

PGP practices have a diversified revenue mix already and Medicare reimbursement is only increasing for its offerings, but there’s an opportunity to broaden services further to adjacencies like physical therapy and diagnostics, the investor said.

Another positive dynamic, Stevenson added, is the level repeat visits in podiatry, which averages out at about 5 to 6 visits per patient.