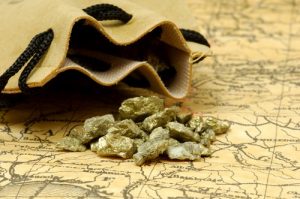 Canadian private equity firm Waterton Global Resource Management has wrapped up a new partnership earmarked for deals in the metals and mining industry.

Waterton Fund II raised 33 percent more than the US$750 million target set at the time of its launch in June 2013.

Capital committed to Waterton’s latest fund is also five times that of its predecessor, Waterton Global Value LP I, which raised US$200 million in 2010. Like Fund I, Fund II will focus on investing in producing and late-stage development of precious metals assets around the world. Transactions will typically be structured as acquisitions, joint ventures or partnerships.

The Wateron announcement adds to the growing momentum of PE fundraising in the mining sector. Commitments to mining-focused funds totaled US$3.2 billion in 2013 and US$5.2 billion in 2012, well above levels recorded in prior years, according to Preqin. U.S.-based Resource Capital Funds, which recently raised over US$2.0 billion for its sixth fund, is among the managers that have helped drive these trends.

The emergence of well-capitalized PE mining funds is being spurred by economic upheaval in the mining industry.

Robert Noronha, M&A partner at Deloitte, said that after years of expansion, mining companies are coping with “a new reality” of weakened demand, sagging commodity prices and sky-rocketing project costs. Many lack “sufficient cash on the balance sheet” to fund operations and further growth, causing them to turn to alternative strategies.

Noronha said that external financing is also scarce. Public debt and equity – a traditional funding source – is now largely unavailable to all but very strong mining businesses. The Toronto Stock Exchange, which accounts for a major share of the world’s public mining listings, has seen sharp declines in related equity financings and IPOs. And non-traditional sources, such as Asia-based investors, have also reduced significantly, he said.

Private equity has increasingly been viewed as mining’s potential White Knight. That’s perhaps not surprising as PE investors are liquid, operate with long-term horizons and risk tolerance, and are hungry for opportunities that reveal under-valued assets. On the other hand, PE generally has had a limited history in this specialized market segment.

Waterton prides itself for having developed substantial in-house infrastructure for evaluating, analyzing and implementing mining transactions. Many members of its investment, operational and technical staff are former employees of mining businesses such as Barrick Gold and Teck Resources.

“You can’t buy your way into this business or chance upon the perfect mine,” Elishis said. “Without having the sector expertise and all of your ducks in a row, successful investments simply won’t happen.”

Waterton has completed 25 transactions since 2010, five of which were invested through Fund II. Its recent deals include last year’s purchase of the Hollister gold mine and the Esmeralda Mill in Nevada. Earlier this year Waterton made a $59 million bid for Chaparral Gold, a precious metals producer with development projects in Nevada.

After a quiet market last year — something Elishis attributes to conditions in the mining industry and too few “Triple-A PE management teams” – he expects this year to see more activity.

Robert Noronha was among the authors of Deloitte’s recently-published “Tracking the trends 2014: The top 10 issues mining companies will face in the coming year.” To access a copy of the report, please click here.