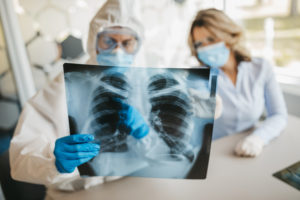 Wellspring Capital Management’s RAYUS Radiology has inked its largest acquisition to date in a push to capture a large bite of the attractive South Florida market.

Marking its eighth acquisition, the radiology platform bought Diagnostic Centers of America, or DCA, growing to 148 centers nationwide, from 123 centers.

Not only a geographic play, DCA moves the needle from an earnings perspective. Adding around $30 million in EBITDA with the deal, DCA takes RAYUS to some $140 million in EBITDA, a source with knowledge of the deal said.

The Wellspring-backed platform (formerly known as Center for Diagnostic Imaging) preempted a sale process conducted by Ziegler Healthcare Corporate Finance, the source said. The parties signed a deal for DCA about a month ago and the deal closed earlier this week.

With the transaction, RAYUS also gains a partnership with Boca Radiology Group, whose subspecialized radiologists provide services to DCA and conduct more than 550,000 procedures annually.

The acquisition complement’s RAYUS’ first big plunge into Florida earlier this year, which came through its acquisition of Orlando’s Sand Lake Imaging, announced in July. Concurrently, RAYUS took a majority stake in The Radiology Research Institute, a joint venture with Dr. Stephen Bravo, an expert in neuroradiology, musculoskeletal radiology, and interventional radiology who has built a strong foundation of partnerships with clinical trial sponsors.

The latest in its recent series of acquisitions aligns with RAYUS’s aggressive growth playbook, which has taken off amid the appointment of a new CEO earlier this year.

Kim Tzoumakas, who took the reins in March, told PE Hub in June that RAYUS – which was founded as one center in Minneapolis 40 years ago – has the ability to double in size over the next two years.

Tzoumakas most recently led the turnaround and sale of 21st Century Oncology, one of the largest integrated cancer care networks in the world, to KKR’s GenesisCare. The late 2019 deal was valued at approximately $1.1 billion, PE Hub wrote.

RAYUS has also looked to differentiate as a one-stop shop for radiologists.

Riding the accelerating theme of the shift of care to outpatient settings, the largest piece of the platform is its network of outpatient imaging centers. It also has a growing number of hospital joint ventures; is involved in more than 150 clinical trial protocols through a research arm; and is now offering another alternative – physician-employed radiology networks that allow radiologists to have skin in the game.

In relevant activity this year, American Securities in mid-April agreed to buy SimonMed in a deal valuing the founder-run radiology and imaging company at around $600 million, people familiar with the deal terms told PE Hub.