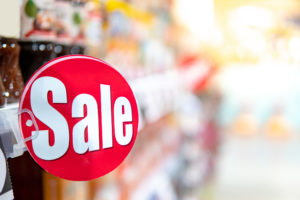 The PE firm deployed between $15 million and $20 million in capital for its sixth investment, investing out of its debut fund, according to a source familiar with the deal. The fund launched in late 2017 and held its first close in Feb 2018.

The all equity transaction closed on September 30 while a letter of intent was signed in the first quarter, said Nick Sternberg, managing partner at the firm, speaking from Los Angeles, where the firm is headquartered.

Sternberg indicated that West Lane acquired a significant majority stake in NFM, but declined to specify. The target made somewhere in the middle of $20 million to $100 million in revenue last year – a preferred range for West Lane.

Long Island, New York’s NFM has been in the retail distribution channel for over 35 years – part of what made the PE firm comfortable with the investment.

“We are looking for well-run, owner-founded, stable businesses with solid positive cash flow; we aren’t after high growth like the venture guys,” Sternberg said.

The ultimate idea is to use the investors’ experience in the broader consumer space as well as expertise in the distribution channels to grow acquired businesses.

Although the platform has made no add-on investments to date, West Lane does intend to acquire third-party brands to grow NFM. That’s a top priority, Sternberg said.

NFM encompasses two divisions. One is a buying service for independent grocery chains and drug stores like Walgreens, and the other is called Living Concepts, which manufactures and sells its own branded merchandise to stores.

The PE firm aims to increase NFM’s vendor list and reorganize its sales team, while also capitalizing on its wide distribution channel to accelerate the growth for another brand in its portfolio, Blossom Beauty – a developer and distributor of specialty cosmetic products.

“NFM will show the Blossom product to their end customer base; [more like] so you do the selling for us,” Sternberg explained.

The deal process involved no sell-side or buy-side advisor. “I was introduced to them through their corporate attorney,” Sternberg said. While the retailer reached out to other interested parties, the transaction was largely directly sourced.

Like most other deals reported by PE Hub, West Lane’s process also went on a pause “to try and figure out the future of the company,” he said. But the company saw a slightly positive impact from supplying wipes, sanitizers and masks during the thick of covid.

The business under West Lane will also look at launching new products and services while using more technology to add efficiency.