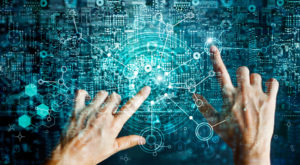 West Monroe, a digital consultancy, has plans to expand operations internationally after an investment from MSD Partners in a deal that values the company at roughly $2.5 billion.

“We will take this capital from MSD and it will allow us to grow and expand internationally, as right now we are a US-only business,” according to Kevin McCarty, CEO of West Monroe. “We have gotten so many inquiries from clients about having a presence in the UK and this move will allow us to open an office in London in January.”

The firms announced the deal earlier this week, in which MSD will own 50 percent of West Monroe, with the remaining interests owned by West Monroe employees. West Monroe’s leadership and executive team will be staying in place.

The partnership has been in the works for a while, as the board at West Monroe was looking at several different options for capital investment and ownership structure.

“The board has looked at alternatives, with different capital structure and things like that – the board is always looking at those types of things, but this is something that was three years in the making,” he said. “The 50/50 governance was key for us, as it allows us to maintain the West Monroe brand, leadership and culture.”

The deal is a platform investment which West Monroe will build out through acquisitions and especially in building a global product engineering platform, adding digital capabilities from other countries and as well as tap into tech talent in other parts of the world, McCarty said.

“Once we set up shop in London, we will start looking at companies to acquire that fit what we do here at West Monroe,” he said. MSD will be a silent partner, not involved in the day-to-day business but its capital will be used for expansion and growth. “This gives us a bigger war chest to do more acquisitions not only in the US but throughout the world.”

“We look to invest in situations where we can help companies do something transformative and this partnership does exactly that.  It allows West Monroe to move away from an ownership structure that limited its access to capital and will accelerate their M&A program,” said John Civantos, co-head of private capital group at MSD Partners.

“West Monroe Capital is a great opportunity to put skin on the game, have money in on the deals along with our clients when it’s appropriate,” he said.

McCarty noted he hopes it will also help West Monroe to not only recruit the best talent but retain it – something that is a problem in the PE asset class and in the financial market in general.