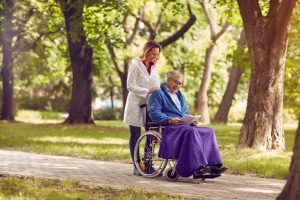 The pending transaction for the Tempe, Arizona-headquartered business commanded a total enterprise value of close to $440 million, according to people familiar with the pending deal.

Expected to close later this month, the deal concludes a TripleTree-run sale process that kicked off around August, the people said. SVB Leerink advised WindRose on the transaction, while MidCap provided financing, they added.

Although various strategic buyers have been around StateServ over the years – and a strategic player is viewed as the logical next owner of the business – this was a largely sponsor-driven process, sources said.

StateServ’s outcome is emblematic of the nimbleness of private equity in today’s market. “Even in a world where strategics can pay up and generate synergies, the ability to run quickly and put capital to work” is “to the benefit” of the sponsors, one person said.

StateServ, founded in 2004, is the largest provider of DME benefit management services to the US hospice market, as well as a provider of additional DME technology solutions and delivery services to hospices nationwide.

The company’s estimated 2021 EBITDA is close to $30 million, or viewed as $35 million-plus with run-rate adjustments – up from sub-$10 million of EBITDA when Blue Wolf first invested in the business in September 2017, PE Hub sources said.

StateServ is positioned to continue on a strong growth-track as there remains large untapped white space to capture in the hospice end-market; accordingly, growth is not contingent on taking share from other providers, and the more StateServ scales, the easier it can leverage its economies of scale, one person said.

StateServ under WindRose also could spread its wings by looking beyond the hospice end-market. For example, the company could grow its DME benefit solutions and penetrate other end-markets like home care, skilled nursing facilities or PACE Programs and payors, another source said.

Another attractive selling point during the process, sources noted, is the anticipated interest the company ought to command when it comes time for its next PE owner to exit down the road.

The logical “next owner” of StateServ is a strategic, sources said, pointing to future potential buyers including Cardinal Health, AdaptHealth, UnitedHealth’s Optum or KKR’s BrightSpring. In their own ways, all could create strategic synergies and build on top of what they already do today in post-acute care.

StateServ also adds to a busy year for New York’s WindRose, which in a September Form D filing disclosed a $1.15 billion target for Fund VI.

Supporting the next generation of employee assistant programs, the deal for the business, which one source noted generates in the mid-to-high teens of EBITDA, comes as wellness and mental health are increasingly valued by employers. Pandemic-fueled social isolation has fueled a growing recognition of its importance.

Workplace Options provides emotional, practical, and physical well-being support to more than 75 million employees in 200 countries and territories. The company has diversified offerings, a blue chip customer base and an international presence, although is perhaps most distinguished through its delivery of clinical capabilities. Comprising 650 directly employed counselors and social workers who can work directly with employees, the company aims to remove burdens – small and large – that weigh on individuals’ overall emotional and mental well-being.