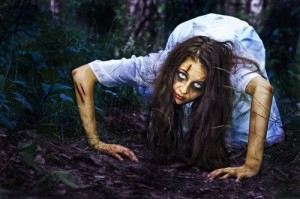 The IPO of El Pollo Loco shows that there is an afterlife, of sorts, for a zombie fund such as Trimaran Capital Partners.

Costa Mesa, California-based El Pollo Loco is expected to price its IPO later Thursday and trade Friday. El Pollo Loco, a fast-food chain that specializes in fire grilled chicken and other Mexican specialties, is offering roughly 7.14 million shares at $13 to $15 each, an SEC filing said. Bookrunners include Jefferies, Morgan Stanley and Baird.

Trimaran, a New York mid-market PE firm, was founded in 2000 by Jay Bloom, Andrew Heyer and Dean Kehler. The executives are all former vice chairmen of CIBC World Markets. The three are also all former bankers from Drexel Burnham Lambert.

Trimaran, which hasn’t raised a fund since 2000, is widely considered a zombie. The firm’s website does not list any portfolio companies. Now, nearly nine years after investing in El Pollo Loco, Trimaran is taking the fast food chain public. Another Trimaran portfolio company, Norcraft Cos, launched an IPO last year. “They are running off the investments,” a source familiar with Trimaran said.

Trimaran stands to more than double its money in El Pollo Loco after nearly nine years. At $14 a share (the mid-point of its IPO range), Trimaran’s stake will likely be worth $231 million. The investment in El Pollo Loco dates from November 2005, when Trimaran injected $110 million of equity into the fast-food chain, the source said. In December 2007, Freeman Spogli & Co provided another $45 million to Pollo Loco, according to a statement from that time.

Trimaran’s investment came from its second fund, a $1 billion vehicle from 2000. CIBC was the biggest LP of Fund II, the source said. (The firm’s first fund hails back to 1995 when CIBC acquired Argosy Group, which also was founded by Bloom, Heyer and Kehler. Fund I, a $500 million vehicle, was part of that deal, the source said.)

In 2005, Trimaran began marketing for its third pool, which also had a $1 billion target, the source said. Fundraising came to a halt in January 2007 when Heyer left to start Mistral Equity Partners, a mid-market firm that target sectors such as consumer, retail and consumer media, peHUB has reported.

“After Heyer left, Trimaran lost all hope of raising a fund,” the source said. “They didn’t even try.”

El Pollo Loco has not paid out any dividends to either Trimaran or Freeman Spogli. Neither PE firm is selling shares in the IPO. Instead, Trimaran’s stake in El Pollo Loco will fall to about 46 percent, or about 16.5 million shares. (CIBC appears to own about half of the holding, the SEC filing indicates.) Freeman Spogli will see its ownership drop to 26.3 percent, or 9.4 million shares.

Freeman’s holding stands to be valued at $131.6 million. It is nearly tripling its investment after nearly seven years. The Los Angeles PE firm closed its sixth fund with $735 million in commitments in 2011. Freeman Spogli is currently fundraising for its seventh pool, which has an $850 million target, Buyouts has reported.

Executives for El Pollo Loco and Trimaran declined to comment. Freeman Spogli could not immediately be reached for comment.